The spire at St. Mary de Castro in Leicester

A series of photographs of an Leicester church taken for survey and report purposes with additional fine art photos provided for fund raising and publicity purposes.

The images record the initial survey, erection of the scaffolding and show the church as it is now - minus the spire.

Very high resolution prints were also supplied to record the extensive damaged to the spire. 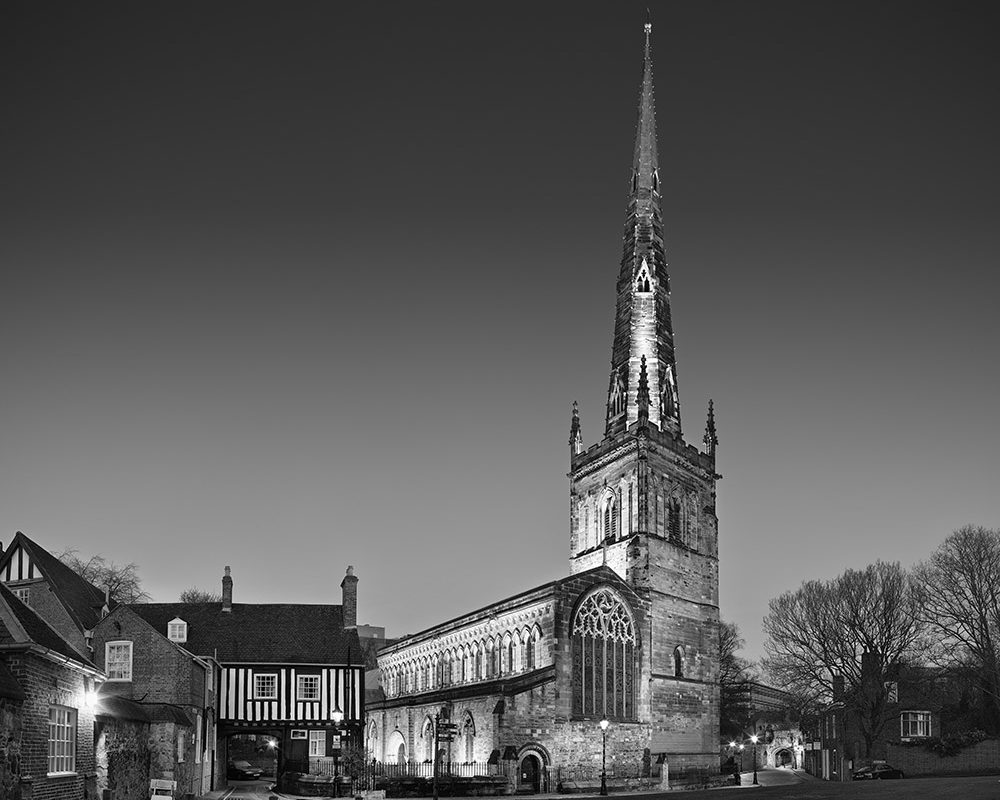 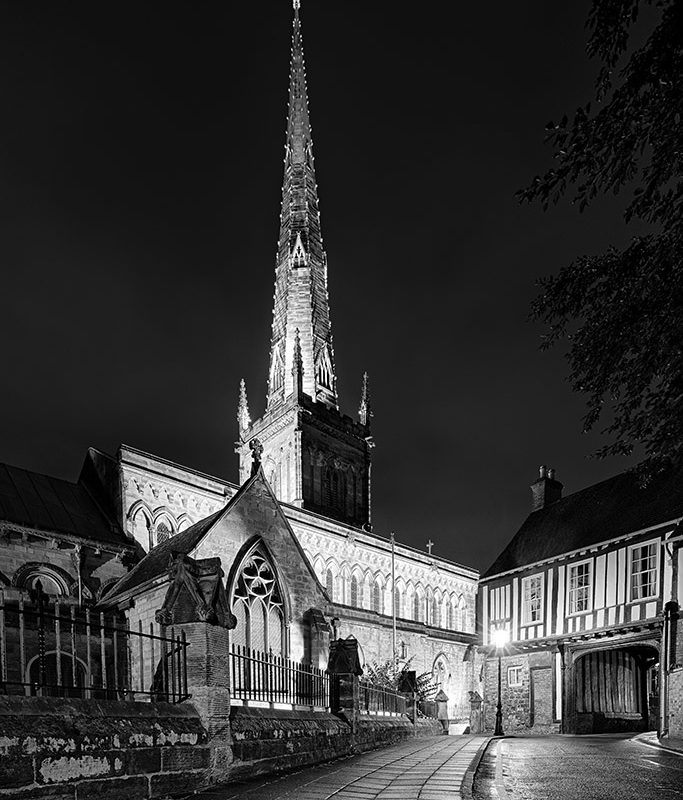 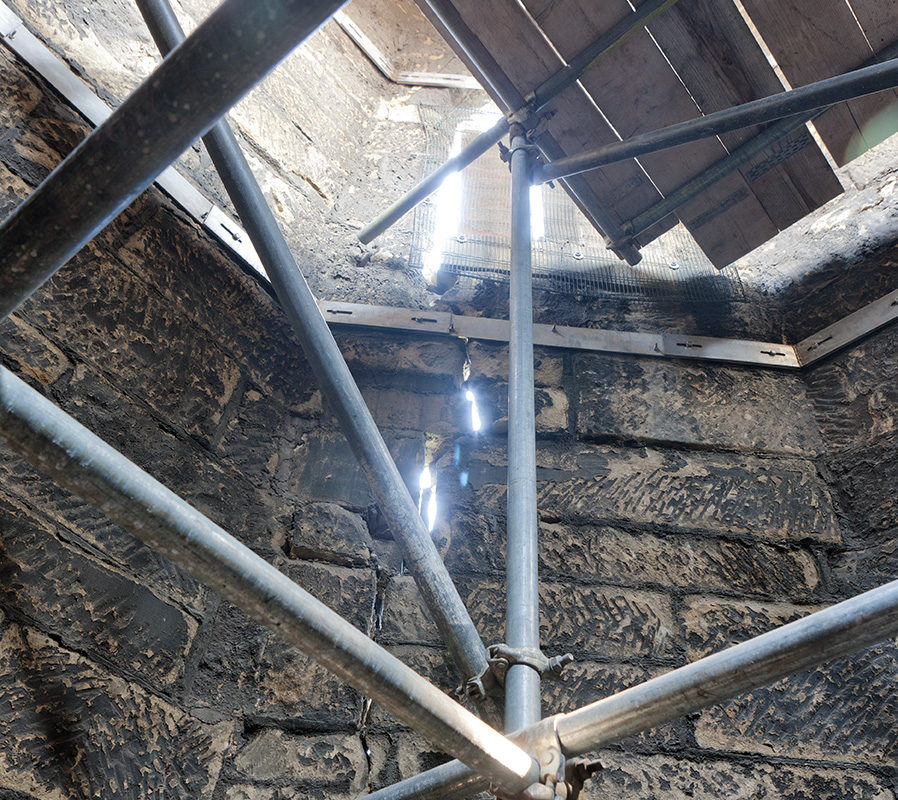 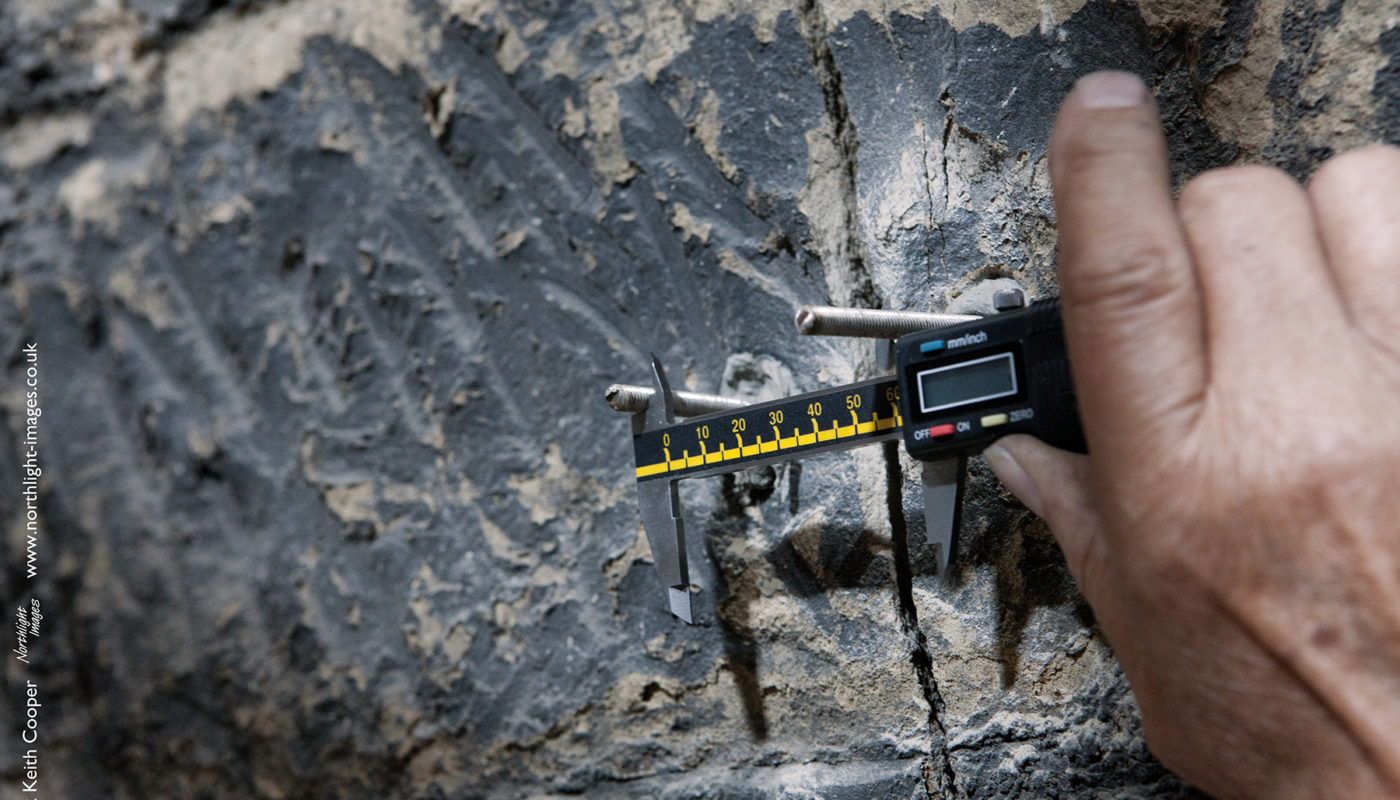 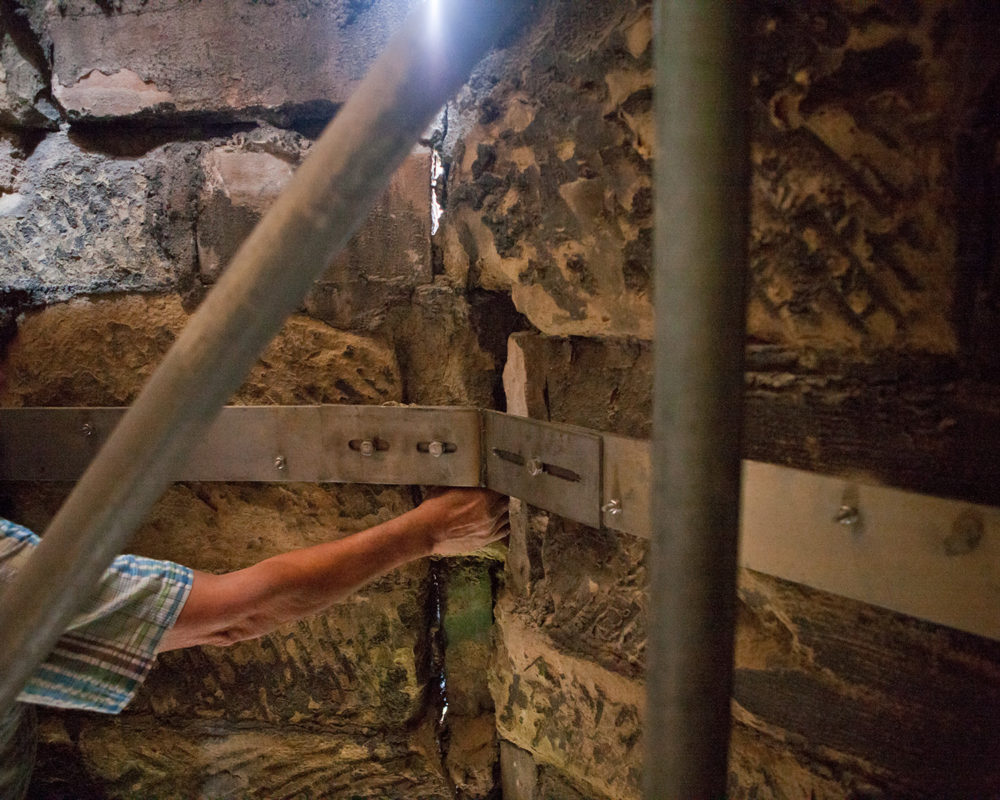 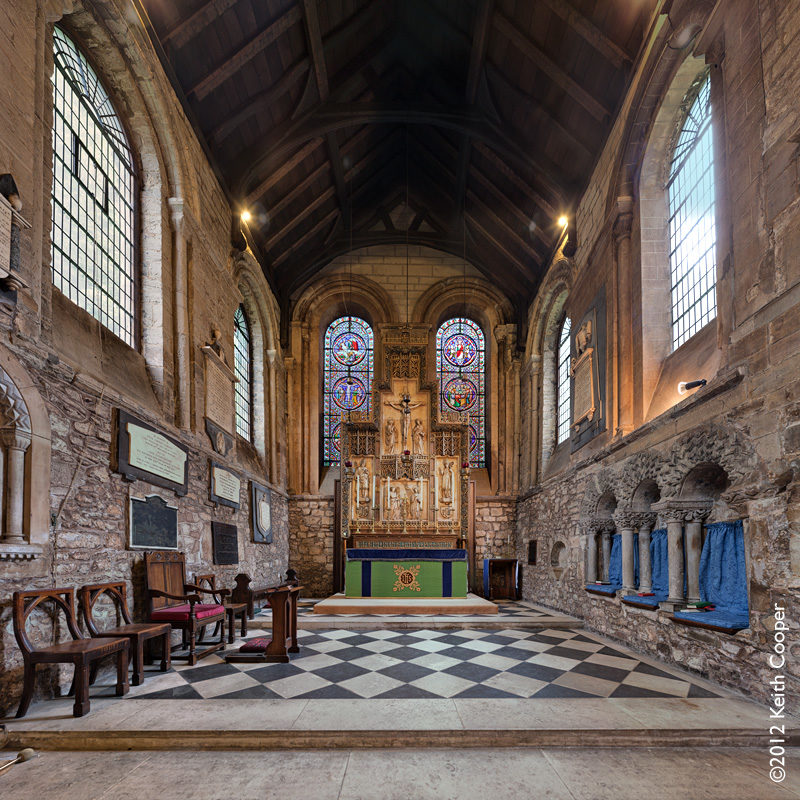 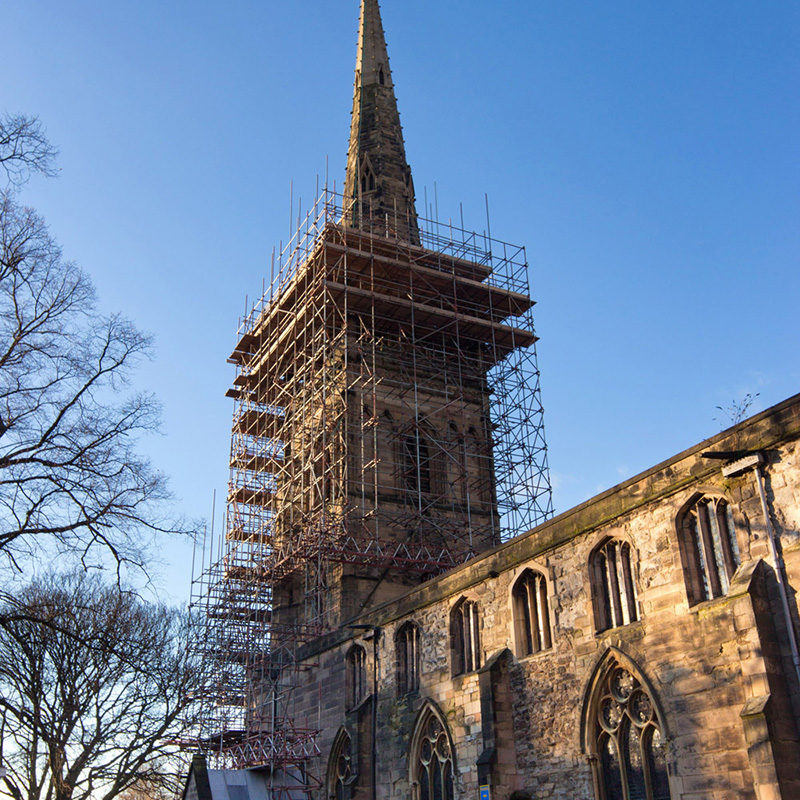 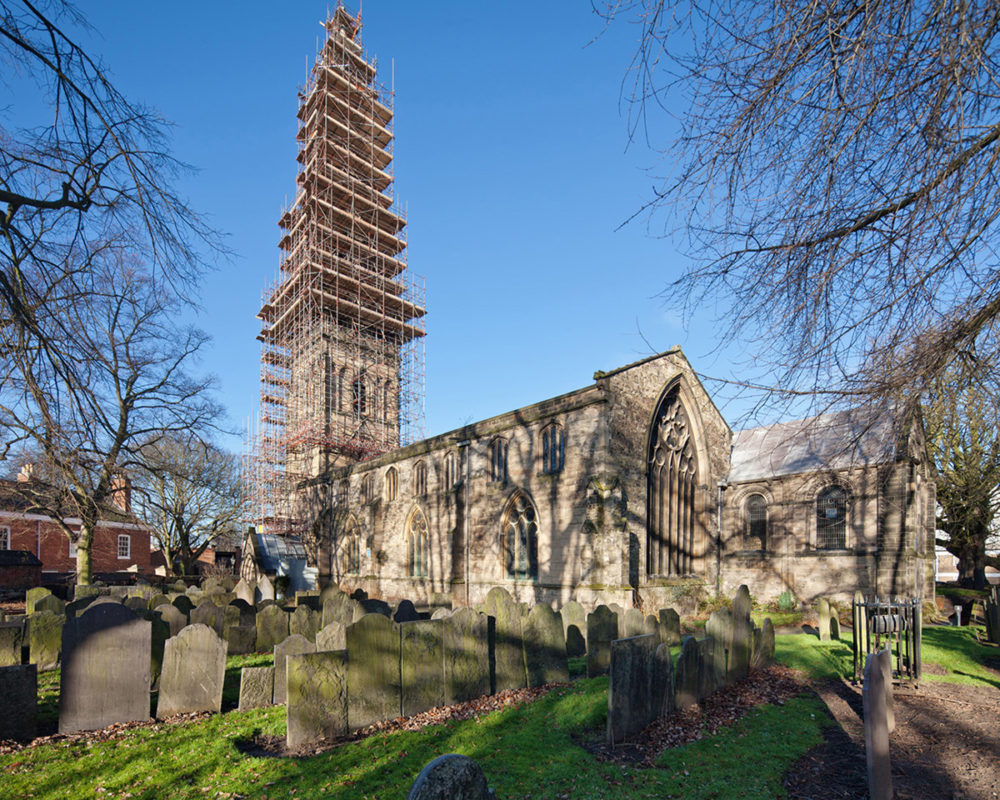 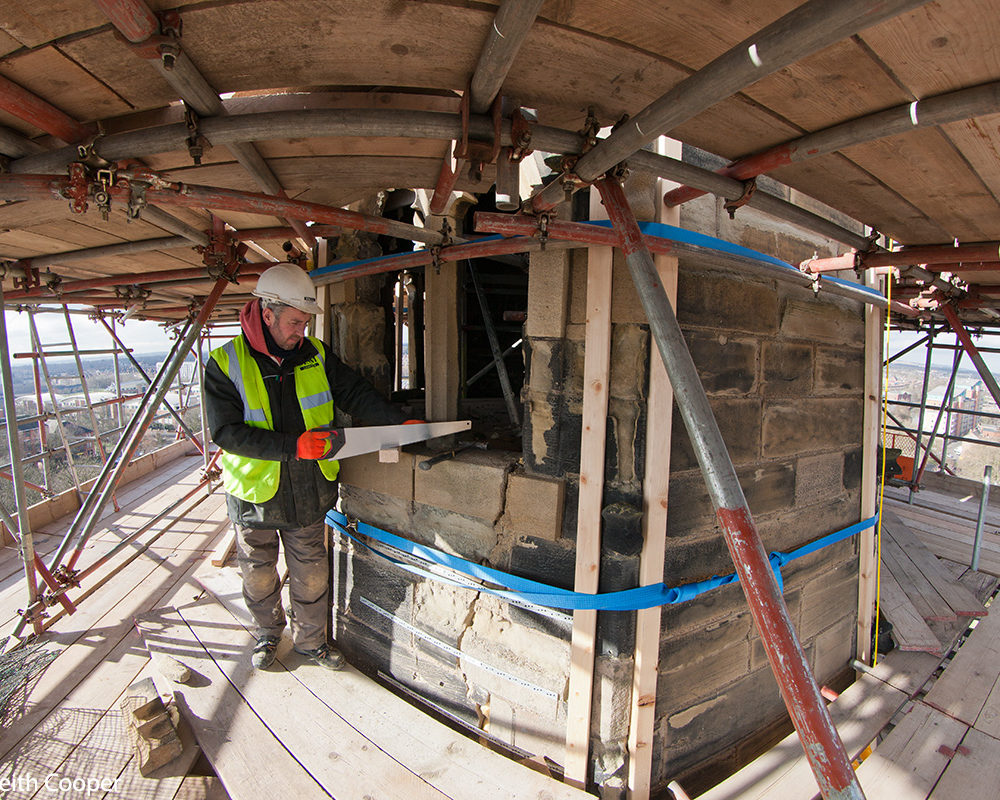 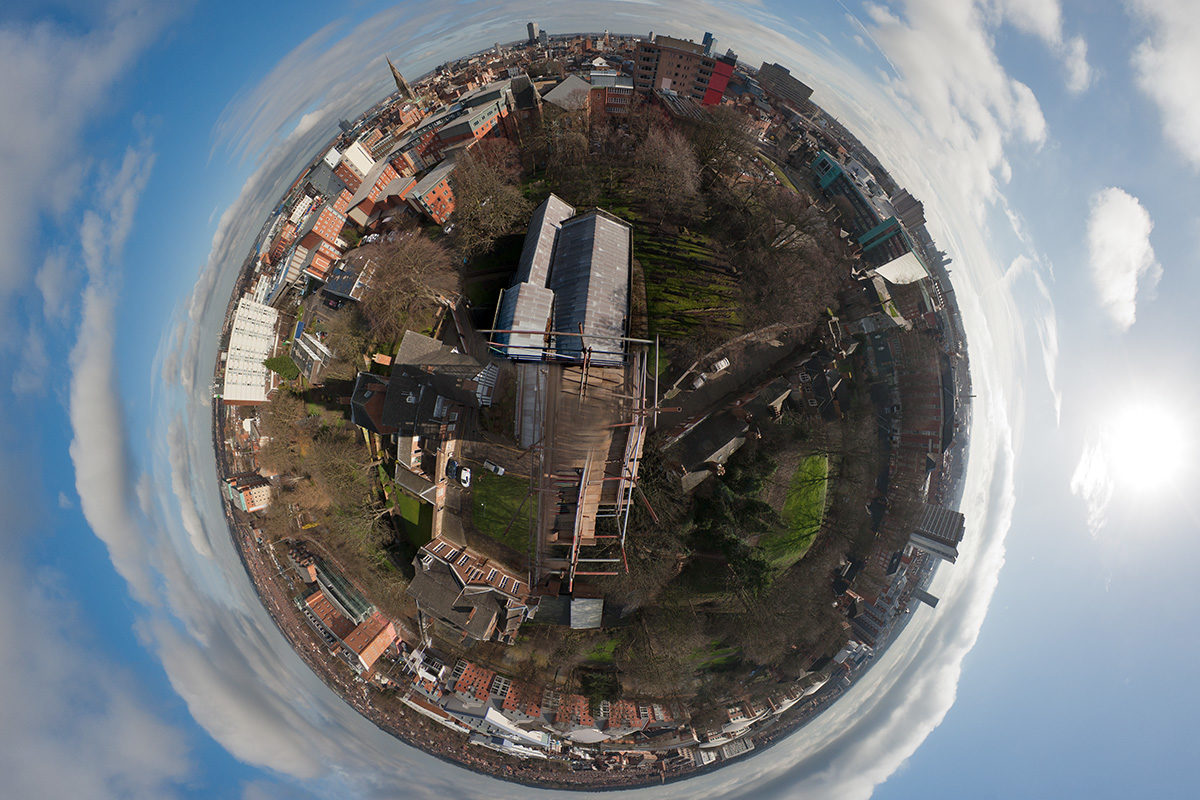 'Small world' projection of view of Leicester from top of spire 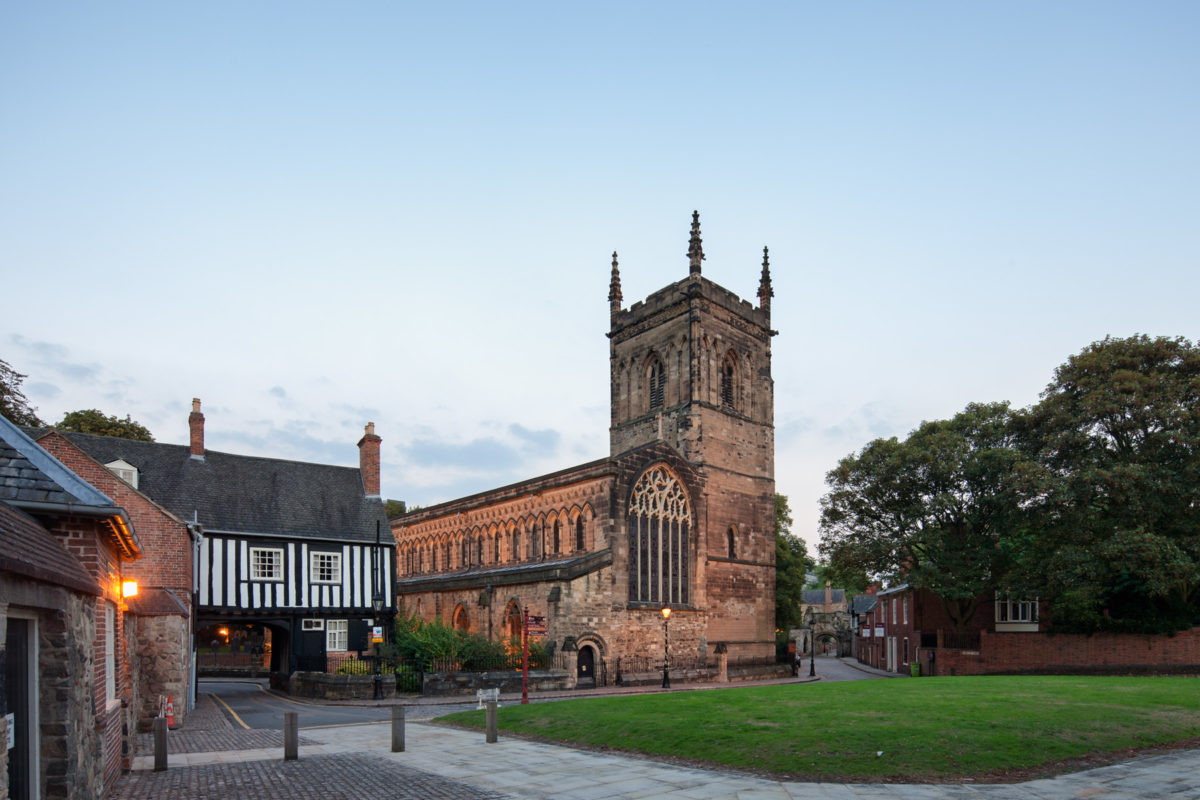 St Mary de Castro is a 12th century parish church in the heart of Mediaeval Leicester and its needle crocketed spire has dominated the Leicester skyline since the beginning of the 15th century.

In 2011 it was found that restoration work completed just after WWI had seriously compromised the structure of the spire, leaving it in danger of total collapse. In 2014 it was removed in its entirety.

As project photographer, Northlight’s Keith Cooper documented the recent history of this Grade 1 listed building – and the photographs here show the beauty of the church within its unusual setting of the precincts of Leicester Castle.

The collection of photographs shown here were taken for the church architect and parish council and were intend for both survey and recording purposes (specifically to measure the cracks in the stone) and to promote the spire appeal - hence the mixture of technical and fine art photography.

Using our photographer Keith’s expert print knowledge, we also produced a large scale (over 1m tall) print of the defects in the spire that was sent to English Heritage as part of the funding application (which was successful).

Photography inside the spire was tricky - with the majority of access only via ladders and internal scaffolding. Detailed shots of the damaged stonework were essential and required careful management of the -very- limited natural light. Long exposure times (without the aid of a tripod) and careful post-production editing produced photographs not only suitable or large scale, fine art prints, but also for use on TV.

The final stage of the recording process was to photograph the erection of the scaffolding - supplying images not just to the church and the architect, but also the scaffolding company.

This final stage of the project gave Keith a unique opportunity to photograph a view of the city last seen in the early 20th century when the repairs were last done to the spire. The resulting panoramic and spherical ‘small world’ image are a record of this small moment in time in the history or St Mary de Castro and the city of Leicester.

You can learn more about our heritage photography services here on this site and on the main Northlight Images website.