Some specific uses of a fish-eye lens

The fish-eye lens is often dismissed as a bit of a one-trick pony.

In reality, the circular fisheye view, (which is all I’m looking at here) is a perfectly valid projection of three dimensional space onto a flat plane.

The black and white image above, is the ceiling of the chapter house at Wells cathedral, a circular building.

The 180 degree field of view captures the seats around the edge of the room and the vaulted ceiling.

The shot was taken from almost floor level, looking upwards – and yes, you do get some strange looks…

The second shot, shows the ceiling in Lincoln cathedral. 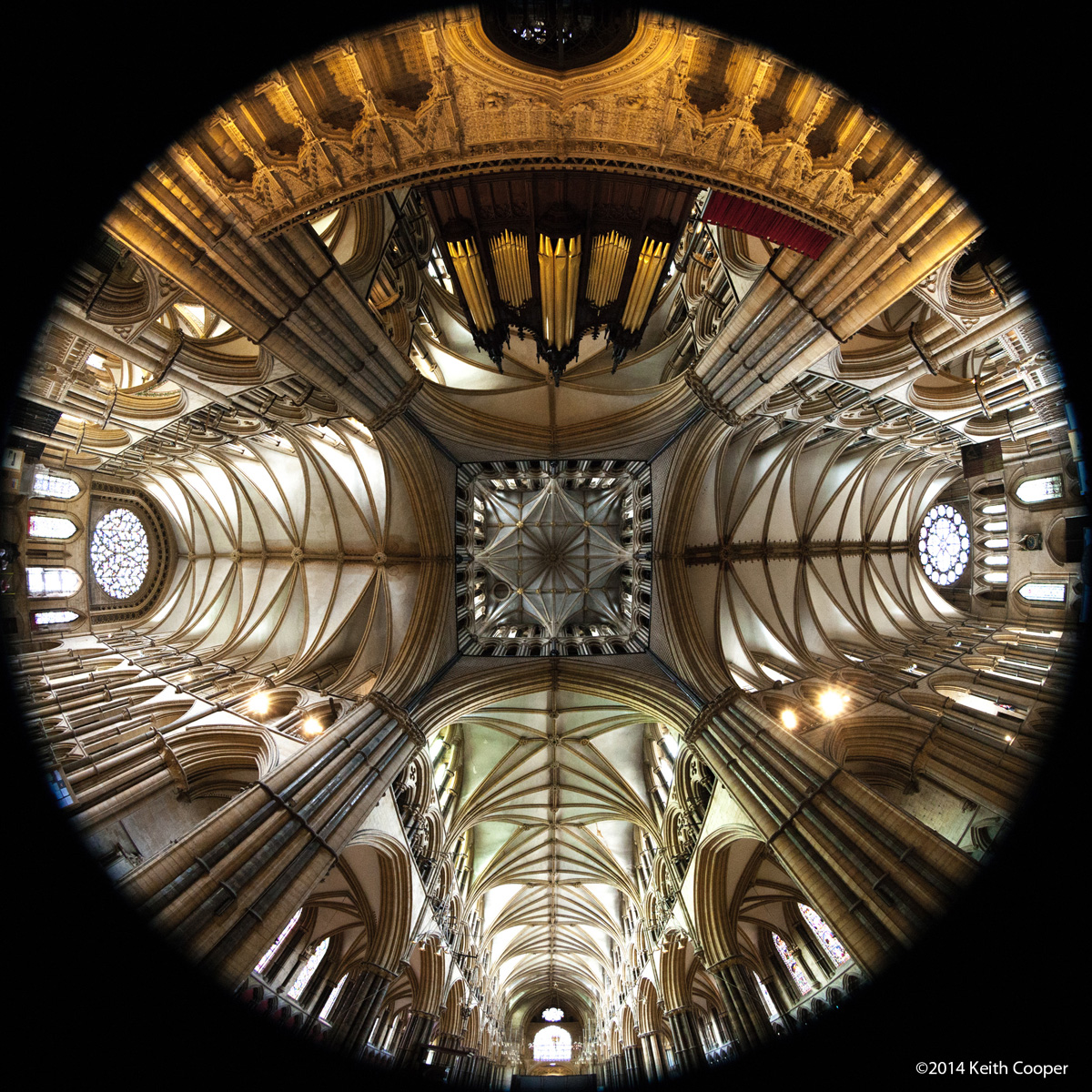 Fish-eye lenses actually come in a number of different projection geometries – equisolid angle is the most common, although creating a fish eye projection is possible through stitching multiple images with software like AutoPano Giga [review]

Lenses such as the Samyang 12mm f/2.8 use a stereographic projection, which looks subtly different [Samyang 12mm review]

One feature often overlooked with all fisheye lenses is that despite the curvature of lines that is commonly associated with this lens type, any straight line (such as the horizon) that runs through the centre of the field of view remains straight. You can see this in any radial lines in the images above. This effect can give a distinct prominence to such lines and features.

Circular features centred on the field remain circular, whilst circular object away from the axis are reduced in size (their precise behaviour depending on the lens projection geometry). This is in marked contrast with ultra-wide rectilinear lenses, which stretch off axis circular features (such as faces) in extreme ways as you move to the corners. However, the ultra wide lenses will retain straight lines (see my Laowa 12mm lens review for examples).

I’ve written a detailed review of Canon’s EF8-15mm F4L lens with many examples of its use. 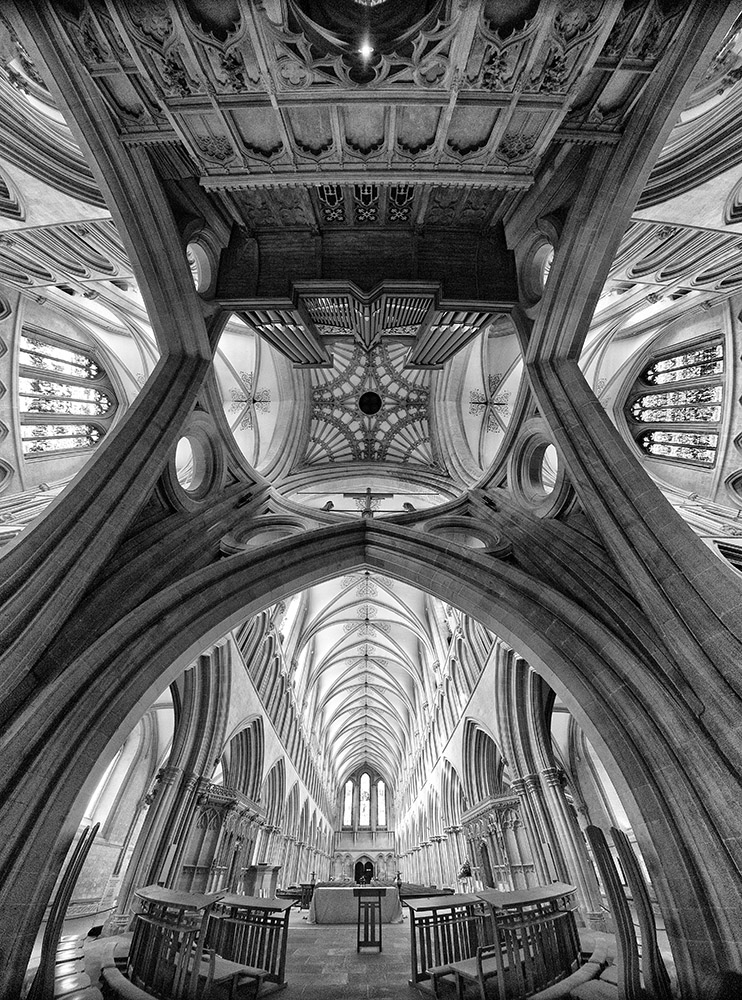 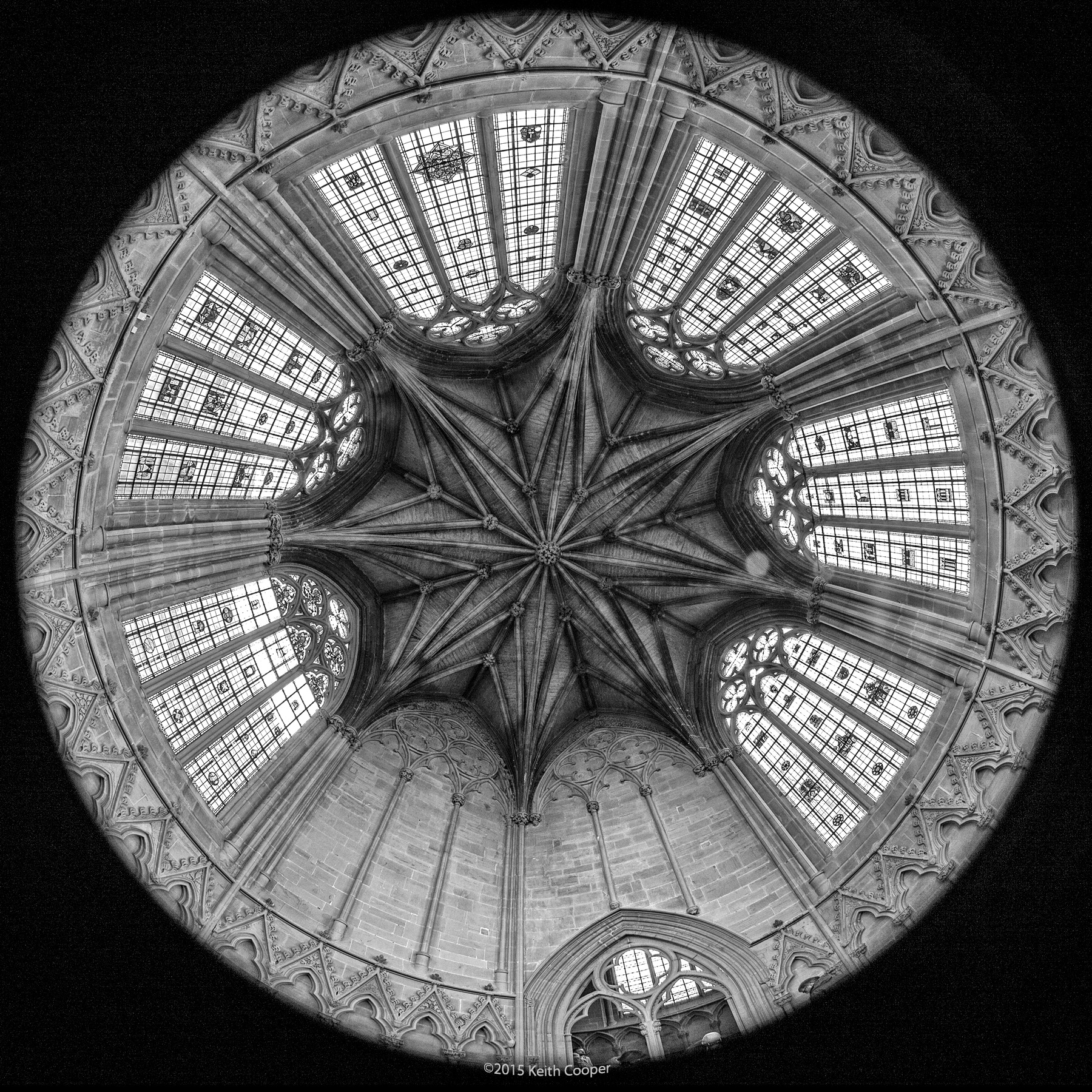 Read more about how we tackled photographing another church building – St David’s Cathedral – without a tripod or additional lighting.